We had “the littles'” birthday party last weekend. Because their birthdays are within a month of each other, it’s just easier to celebrate once.

This was the outfit Dailah picked out.

I found comfort in the fact that a few of my best friends happen to have amazing kids who are then best friends with my kids. Thus, birthday parties are parties for the adults as well.

Zach dressed, unbeknownst to him, to match our kitchen. 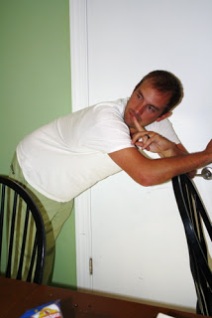 My nephew Cassius was there. It’s ridiculously hard not to smother him with love whenever I see him. 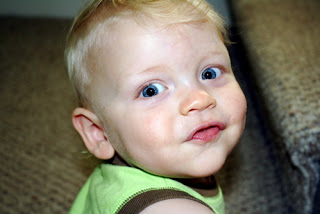 Niece Adley too. Those cheeks. 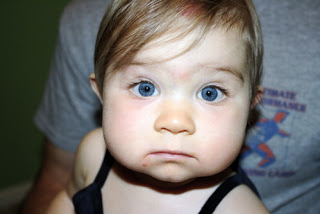 Jake decided Sinta needed a nap. I firmly believe it was just so he could watch football Cake Boss in my room. 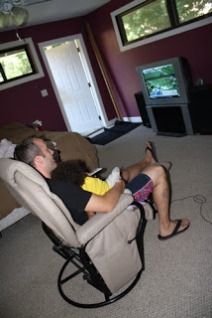 The girls could be found playing Barbies and such in Dailah’s room.

The boys could be found in costume…even ones 4x too small like with Tariku’s.

These two just look so old. It’s kind of freaking me out.

We, of course, got a cookie cake. My parents needed to leave early and my dad loves him some cookie cake. So… 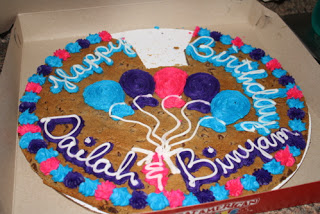 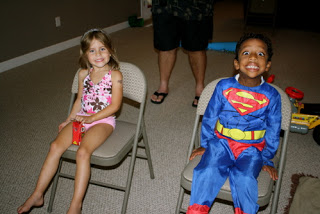 (Some of) the adults.

Zach getting a hand massage from his mama. Proof that you’re never too old to get some TLC from your mom.

Binyam was getting a bike from Papa Frank. Since the Klipschs are all about suspense/drama/surprises they played up the bike giving well. First, kids were told to close eyes.

After that, there were lots of little ways to keep it from him. Suffice it to say, Binyam had gotten pretty overwhelmed/overstimulated with birthday festivities so it was a little anti-climatic. Regardless, it ended like this.

What’s next? Ice cream and cake of course. My friend Ann made one of her very best cakes ever. She did, accidentally, write that Binyam was turning 4 when in fact he’s turning 5 but it still tasted ridiculously good.

Love this picture of the two of them when “Happy Birthday” was being sung. They love each other. 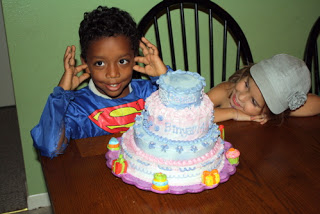 Love them. The end.

4 thoughts on “A "Little" Birthday party”