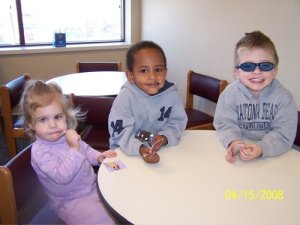 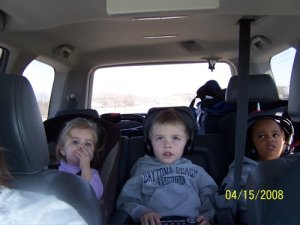 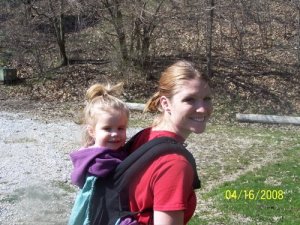 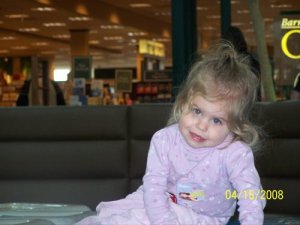 Like a PTA mom? I sure hope so…because that’s who I’m going to be in just a few months.

It was Kindergarten round-up day. My baby boy all growed up and it’s just so hard to believe. I still remember those 3 hours of trying to push that big head out and then forgetting all about that when he looked at me. Awesomeness.

He did well…walked off flashing the peace sign as I choked back the tears and sat through a boring “chat” about what to expect from our kindergartner. Somehow during this boringness I got talked into not only joining the PTA but running for officer. All it took was the statistics on parents involved in their kids’ education doing much better than others (and I had a mom who was our high school guidance counselor, she knew if I laughed at something inappropriate in class before class was out…i’m a believer). So there you have it.

Everything else is going well. I’m not quite sure if I was prepared to deal with the fact that I love Tariku so much already. I was totally prepared for being a bit resistant to him but I’m not at all. It’s still hard for me to wrap my head around. 2 weeks ago I knew him just from pictures but he already feels like he’s been here forever (except for the fact that he sings in a language I don’t understand and I LOVE singing along with people).

With that said, here’s some pics of the people I love the mostest. A couple of the pics: we went on a hike through camp yesterday it was aweome, Tariku and Dailah got into my sister’s lip gloss, first trip to Target, first trip to doctor, who says Ethiopians don’t love dogs? and just love in general.