Last Wednesday Bean had a pretty big day. After many months of being in various sizes of casts Binyam is now free. And his feet look amazing!!!!

Right after they were off he wanted to itch the months of dead skin off. They told us specifically not to let him itch (that was after last time when I let him go to town on them. Whoops) Big sister Dailah is all about babying helping her little brother. So she rubbed his feet for him. 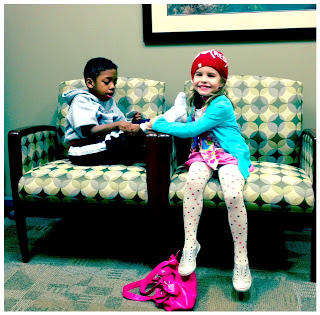 This was just because…come on. Her style is so much cooler than mine.

Went to get him new shoes. He still has to wear braces at night and corrective shoes during the day but those wouldn’t be in for a few weeks so we thought he deserved some new kicks. 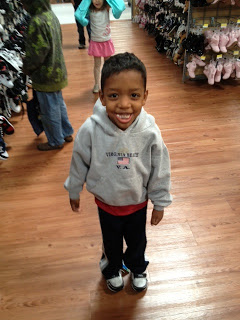 When we got home I soaked his feet for about 20 minutes just rubbing the crap off. The tub was not pretty when I was done. You know what was pretty? His little piggies. 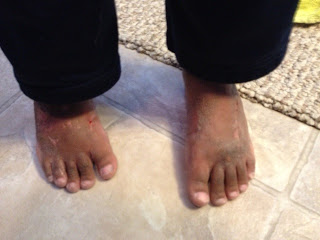 Are they not the most perfect feet you’ve seen in your life?!?!?!? 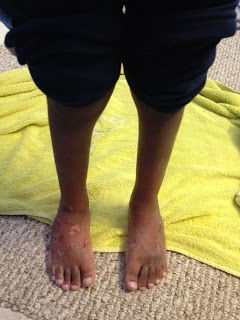