Or in this house “Tofurkey Trot”. Our My favorite Thanksgiving tradition. This year it was unseasonably warm (and by that I mean it was 37 degrees) at start time.

The kids and I (sans Binyam seeings he was one day out of casts) decided to run the 1 mile. I thought it’d be this fun family run but as soon as the gun went off the boys took off. Weaving and running through the crowds. Dailah was a smitten kitten holding my hand and walk/jogging. 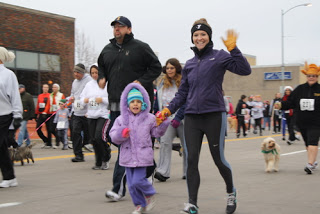 We saw the boys at about half way mark. This was also the moment Dailah decided she was done with the race. More on that later.

Tomas, on the other hand, was first one done. A quick 9 minute mile for this guy. He smiled the entire way. Who does that? 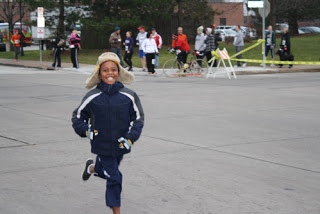 Tariku was next. He also smiled the entire time…except for when he was turning on the engine. When he had someone to beat in his eyeline his face grew fierce. 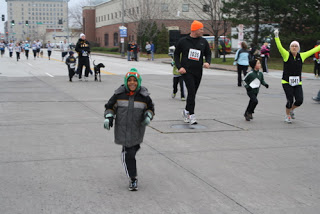 Trysten chose to run some with his uncle Frank and cousin Cash, some with his buddy from camp. Not sure he smiled the entire time, frankly. Might have gotten that from me. 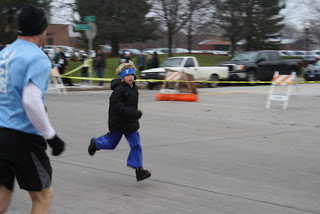 As previously mentioned, Dailah decided about halfway through that she was done running/ walking. I wanted to finish. The only way to accomplish that was to throw her on my back for the last half mile. 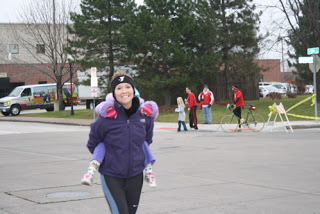 Oh, that was until the last 50 meters. For that she decided to sprint her cute little butt off. 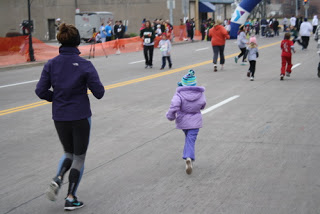 Daddy wanted to run the 5 miles with our dogs so that meant the kids and I got to get some refreshments in between races.

Hot cocoa was the favorite amongst this group.

Of course we had to meet daddy and dogs at the finish. My he-man ended up pulling 260lbs worth of dogs across the finish. Legend tells me the dogs quit at about mile 3. But how cute are they? They are always a big hit wherever we go. 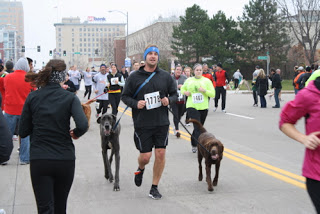 Family picture on Tofurkey day. They are bar none the very best people on this earth. 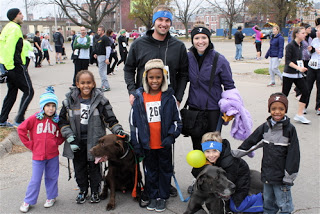