Next month all 7 of us will be on an airplane bound for Ethiopia. Yes, all 7 of us.

We told the kids in March. This was their reaction, please play close attention to Binyam-our little guy in the corner.

Mostly excitement (and how much did you love Trysten’s reaction, “They are adopting!” When you’ve been sat down and told news of an adoption enough times you come to expect it at every family meeting) except for Binyam. If you watch Binyam close enough you can see him keeping his emotions pretty close to the vest, when the image is clear enough it’s obvious he’s looking around at all of his siblings waiting for cues on how to act excited. At the end, when I ask them if they are excited, you can hear him say “Kind of a little.”

It’s safe to say that for the last 6 months, everyone but Binyam has continued to grow increasingly excited. I’m not exactly sure why Binyam hasn’t been excited, I think it has mostly to do with the unknown. I’m not entirely convinced he understands that we will all be going over and we will all be coming back together. I’m also not sure he understands that we’ll be staying in something a little nicer than a hut or that we’ll have access to safe water and plenty of food. Though Binyam swears he has no memory of his 3 years in Ethiopia, it is clear some visceral part of him remembers and continues to be traumatized by it.

Tomas has been the most excited, with the obvious exceptions of Trysten and Dailah, which is true to his character. He remembers the most of his life in Ethiopia but, having come to America at 6-years-old, he has glamorized his birthplace to some extent. There was a time a few years ago where if there was something he couldn’t do (backflips, for instance) he would just tell us that he used to do them all the time in Ethiopia. He has outgrown much of those complete fabrications but I can tell a large part of him is excited because he remembers all the best Ethiopia has to offer, a natural thing we humans do when something or someone is no longer with us.

I was most nervous about telling Tariku. He has been in such a great rhythm, for the most part, the last year or so and I was terrified how news of returning to Ethiopia might set him back. I’ve been so pleasantly surprised with his reactions. He’s not scared like his little brother and he holds no illusions to Ethiopia’s grandeur as his older brother, he’s quite realistic about what might happen there-which is true to Tariku’s character.

As the departure date approaches the proverbial wet blanket has descended on the house. In kids who have experienced trauma or loss, anxiousness isn’t just a general sense of malaise but a relentless, never-ending assault on your emotions. What does that look like in young boy-men? It looks like notes on behavior with kids who never get notes on behavior. It looks like disrespect towards adults from a kid who is typically the most respectful. It looks like wanting to quit a sport that’s been a favorite for 7 years. It’s reverting back to orphanage coping mechanisms. They aren’t constant but they are obvious.

So why do it if I could see this happening?

There’s growing evidence to support the idea that kids who have been adopted need the connection with their birth countries and birth families to have the best chance possible at overcoming some of the trauma from the adoption. I won’t ever tell their personal stories on this blog, perhaps that’s something they’ll be interested in doing as a guest post when they are older, but I’ll just say another major impetus is that we still have people special to us over there and there are just too many unknowns in developing countries in terms of basic survival. I knew I would never forgive myself if I didn’t get the boys over to see their special people before they were gone no matter how nervous I was about whether or not they were ready for such a trip.

We have been doing a few things that I think have helped ease some of the BIG feelings for the boys in preparing them for their visit to Ethiopia.

–Let them help plan: This one is kind of tough because there are some major logistical things that need to be worked out with international travel that can’t be done with too many (young) fingers in the fire. Plus, we didn’t want to tell the kids the trip was happening until we had bought the tickets and knew for sure the dates so we wanted to have a few things put in place first. For us that meant we wanted to make sure the man who has been our liaison with our special people was available for the dates we were going to be there. That was our first priority because both American and Ethiopian sides of the equation are used to him and respect him. Once we knew he was available, we booked the tickets and told the kids. Since then they have helped us navigate how much time they want to spend with their special people, if there are any cultural things they want to learn more about, etc. This obviously works so well because the boys are currently 11, 10 and 9-years-old but I think letting the kids help in an age appropriate way gives them the feeling of control, which is essential for our adopted kiddos.

–Talk about potential what ifs, including the ones that might be a little scary: I’ve been so lucky to have many friends make this kind of trip before me so I’ve been a sponge for things they’ve learned along the way. One friend told me that sometimes Ethiopians will spit on the kids to either 1) ward off evil or 2) in celebration. We told the kids of that possibility. We also told Trysten and Dailah that when we were in Ethiopia both times, the Ethiopians loved touching and pulling my hair. We talked of the possibility that the boys could be carried on shoulders in their home villages but also that it would be a quiet homecoming. We’ve told them of the real poverty and what that actually looks like in Ethiopia. We also warned them that many beggars have club feet-a potential trigger for our son born with the same condition. Though no one who knows me will be surprised that I’ve taken a “tell it like it is” approach to the trip (I am, after all, the woman who just told my U12 soccer team that they have the right to protect their penises and breasts from the soccer ball but otherwise can’t use their hands-to which they all giggled and Tariku whispered to me, “Mom, jeez, can’t you just say private parts?”) Telling the kids of any known possibilities has seemed to curb the onslaught of fears of the unknown. The more they know the more confident they seem to be in the trip, which has been easier on all of us.

–Talk about hopes and fears: We try to do this at the dinner table so that everyone is involved and the boys don’t feel singled out by the questions. Zach and I talk about our hopes and fears and prompt the kids by asking if they’ve ever wondered about something similar. Some good discussions have come up about the first time seeing and smelling this country they haven’t seen in so many years. If you’re doing this with your kids, maybe try to keep the discussions short and sweet. I’ve found when I try to drag them out the boys start to disengage but when I make a point to change the subject after a few minutes and then maybe broach the subject again a few minutes later, they are more open.

-Show pictures: Google is an amazing thing isn’t it? Even though some of the places we will be staying are small and have no online presence to speak of, we’ve been able to find a few images here or there. Tomas has come home from school a few times asking to see pictures of one of the hotels, proving they are thinking about it. This helps offset unrealistic expectations as well. Yes, we will be in hotels for many nights but no-none of the hotels will be like the hotels they are used to here.

-Join online communities: If you’re on Facebook and are interested, there are a few groups dedicated to homeland tours and one specifically for the are in which my boys were born. Email me for those details.

The planning for the trip hasn’t been easy. The hotels and service industries in general are not anything like they are here in America. I have yet to book an actual hotel room because I keep hearing, “Oh but your trip is so far away, contact us when you’re in Ethiopia.”

I find myself reacting in an adult version of the way the boys are feeling-since I can’t control what’s going to happen there in many ways, I want to control every other detail. It’s been so frustrating not being able to work out my control issues in that healthier, more widely accepted way. Also the image of 7 of us with our luggage and nowhere to sleep at 2am continues to wake me up in the middle of the night.

But ready or not, in a month we’ll be there. I’ll, of course, be posting here as much as possible. This continues to be the place I go to really work out how I’m feeling about any given topic. 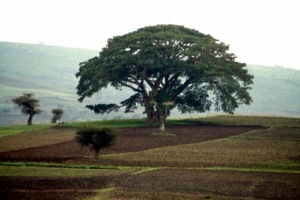