Soccer season is upon us. Binyam is out this season because his next surgery for his club feet is on September 14th. That leaves the other 4…on 3 teams. Trysten is on 1, Tomas and Tariku are on another and then Dailah is on the 3rd.

I played soccer for the majority of my life. In fact, I’m looking to join an adult club sometime soon as well. I love soccer. It’s been my favorite sport for as long as I can remember. So definitely watching my kids enjoy it makes my heart full.

Trysten loves being the goalie. I’m not quite sure why, usually he’s the kind of kid who gets bored if he’s not involved in every play of the game he’s playing. But something about it, he loves. I was actually surprised at how decent he was. He’s not what one might call “aggressive” but the first game found him diving for the ball and running out to get it. I was pleasantly surprised with his tenacity. 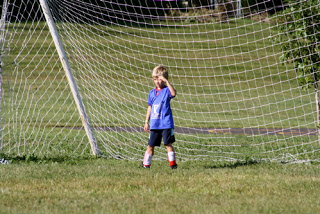 Dailah was on the big field for the first time this year. This girl cracks me up. Sometimes she’s running towards the ball being all aggressive and in it and then other times she’s sitting on the field talking to her friends. Kind of love that about her. 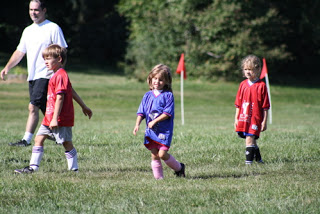 Tomas shocked the hell out of me, if you want to know the truth. For a guy who doesn’t always come across as “athletic” he was lovin’ it and was definitely more natural than at any other game he’s tried. He works hard, and he wants it so bad. Soccer is a sport that rewards those kinds of things. Plus, the kid is big. So when he comes at the other 1st/2nd graders full force they tended to just get out of the way. I loved it. Love him. 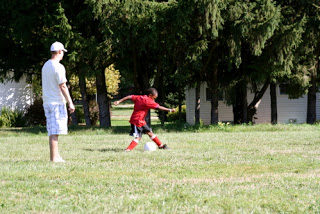 Tariku, well Tariku is a freak of nature, for lack of better term. This kid is so good at everything he does.  Soccer is no exception. He was everywhere. Everywhere. He has so much energy so midfield was the perfect place for him. That didn’t stop him from helping out everywhere else though either. Tariku loves sports. He lives and breathes them. I love seeing him so happy, so focused, so joyful. 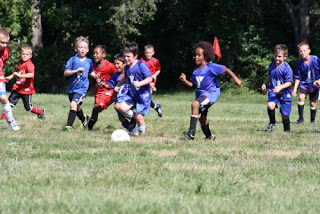 Poor Binyam. He wanted to play so badly. Next season. Definitely next season. 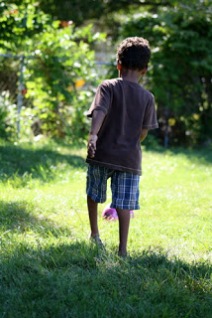 After watching their first games I realized they are at the ages where it starts becoming more of a game as opposed to mob mentality. It inspired me to get more active in their soccer lives. So I took them outside to teach them a few of the basics. First a few explanations of the game. 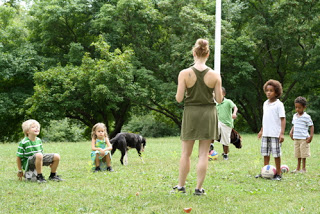 Then, after noticing that they all kick with their toes (typical first way to kick) I showed the proper place to kick from. (What? Not all moms teach their kids soccer in a dress? Lame) 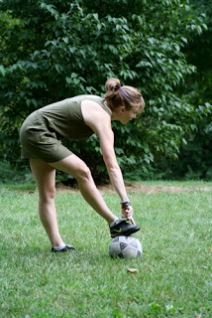 After various fun drills and just overall fun times, I showed them how they can practice “passing” to themselves. They thought I was super cool so that was an added bonus. 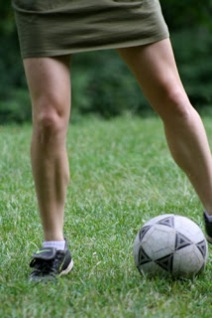 I am just enjoying this stage of parenting so much. When it feels less like survival and more like genuine enjoyment. Love it.