I mentioned here that Tariku and Trysten surprised Tomas for his birthday eve. Oh it was so sweet. So, so sweet.

So while I was cooking Trysten came up to me, “Mom, could you keep Tomas out of his and Tariku’s room? We are making a surprise for him.”

They closed the door, only coming out once in awhile to get more supplies. When Trysten told me Tomas could come in, I wanted to come in first. 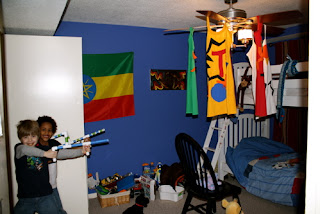 They called Tomas down and randomly broke out in “Happy Birthday”. 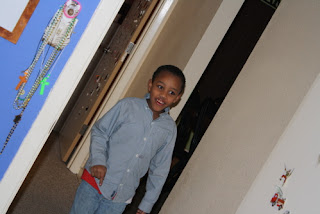 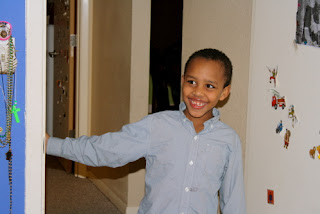 He was so happy. But then he started crying. Tears through his smile. 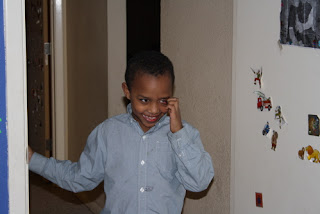 “This is the sweetest thing ever to me.” Hearing him say that made me cry as well.

After tears were wiped up the boys explained it. Tomas, see, loves African safaris. So there were monkeys and snakes everywhere. 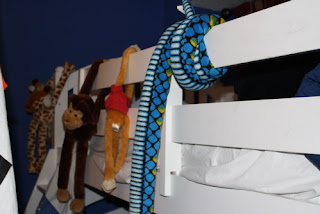 Tariku’s bed was actually the Mississippi River (because, obviously, that’s in the Safari as well). 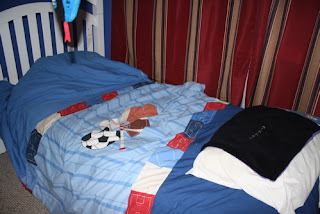 Tomas’s bed was the arctic (again, because the arctic and safari clearly go hand in hand). Notice the penguin pillow pet. 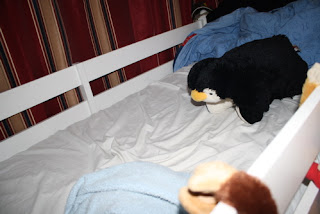 The capes were “as close as we could get to streamers. Plus, they show Tomas how strong he is. Like a superhero.” Trysten explained. 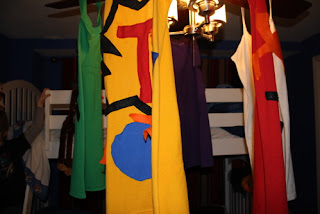 When dinner was served Tomas said. “Mom, this will be my first birthday I celebrate. I didn’t know how old I was until you told me. I like how you celebrate birthdays here.”

So much tragedy, so much heartache, so much hope in those few sentences.

6 years without a party. 6 years without anyone really celebrating his birth or him in general. This is not to say his birth family didn’t celebrate somehow, I have no idea if they did or not. But according to Tomas, it was nothing like this.

Nothing like his 2 brothers who spent 30 minutes decorating his room. Making him know they were happy he was there. They celebrated him in a way he had never known before.

That, to me, is some amazing love. I am constantly inspired by the way my kids love each other.