Last night we took off with our friends Matt, Angie and their daughter, Taylor, to the pumpkin patch near our house. We’d heard so many good things about it but had never gone. Turns out it was just an overpriced bust, if you ask me. No matter, the kids couldn’t care less. Tariku ended up with hay in his hair, Binyam had grass stains on his casts, Trysten’s allergies were on overdrive, Dailah ended up with a “baby” (pumpkin) and Tomas got to be as loud as he wanted in the great outdoors. Nothing bust about that.

Plus we got lots of great pictures, which makes mama super happy. 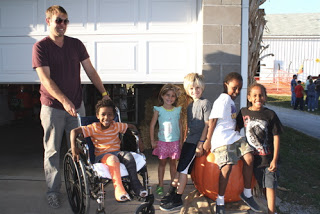 Apparently you could pay $3/person to take a legit ride in this goat cart but we thought instead we’d keep the goat grounded and take a picture for free. 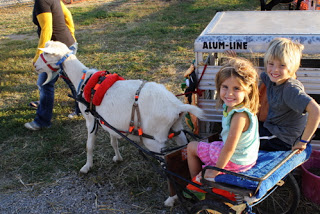 Animals love Binyam. They love licking his toes most of all. Our dogs, the cat, they all love them some Binyam. This cow wanted to come home with him. He wasn’t such a fan. 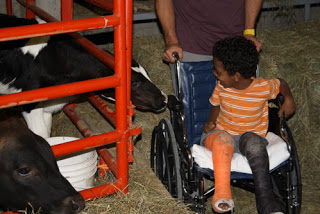 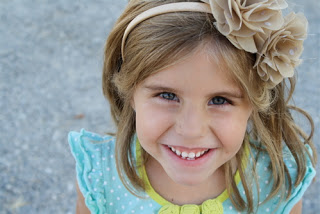 Tomas-ay and his fake smile. 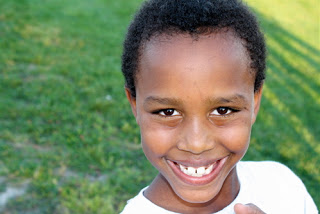 Trysten and his real smile. 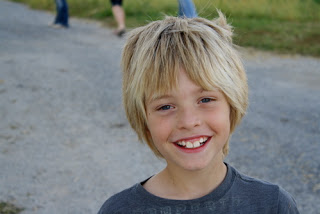 I was there. Really, I was! 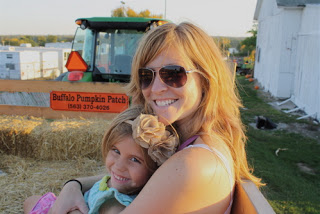 It was beautiful out. I don’t care what you people say in the “big city” Iowa is God’s land, man. It’s America. 😉 But really, it’s been absolutely beautiful out. Last night was no exception. 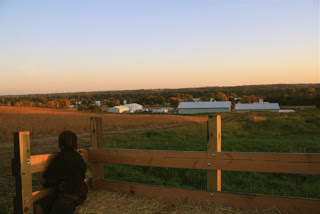 Poor Binyam. Couldn’t go in the straw maze, couldn’t go/do many things. But we dragged his wheel chair in the solar maze (which we actually got kicked out of, whoops) and anywhere else we could go. Zachary, being the best dad he is, helped Binyam pick out his pumpkin. 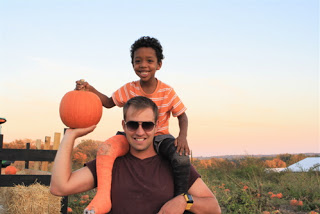 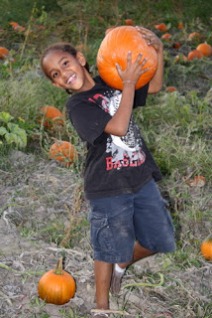 Just another shot of the quintessential American back drop. 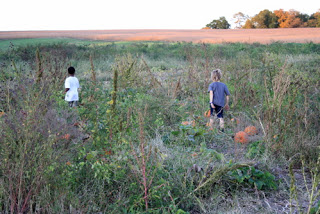 Zach and I had to apologize to the Matt and Angie for the rather lame pumpkin patch. Matt made the best comment when he said, “It’s never about what you’re doing, it’s always about the company you keep.”

And it was true. We’ve been very lucky to get to know Matt and Angie more and more these last few months. So blessed by their friendship.

Regardless, we now have 5 pumpkins gracing our porch. There’s something pretty cool about that for me.

One thought on “Pumpkin Patch”