Since so many of you were begging me (oh, ok just Leslie) for pictures, I suppose I better show them. Only problem is that I didn’t take too many. My mom, sister and I were cooking for about 4 hours straight (with Zach coming in to save the day with the pizza) so there was no time for crazy camera antics. That also means there was no game playing (plus it snowed something like 4 inches) and no music (what? no music!). From the time we just started to dapple in the kitchen until all 13 people were in the kitchen waiting for the food and sampling the cookies, there was just no time.

And it was so much fun. Tariku could tell something was different. He kept asking when the doro wot was going to be done and was obviously excited to introduce his guests to his favorite of foods.

I didn’t get any pictures of the food and fellowship for the first few hours but did snap a few of our guests.

But it started with this: my dad taking a nap. He’s under there somewhere, he found it a bit cold in our house.

Then we have our youngest Ganna celebrator, Ms. Cates Asleson with mommy Becky. Two of the cutest/prettiest people I know. 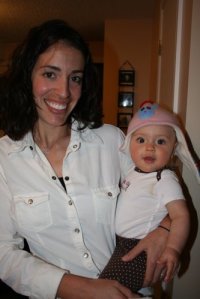 Doozie and my brother, Marcus. 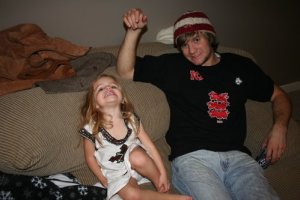 Papa Frank playing the Wii (which was played for hours after celebrations). Can’t be sure, but I have to think the wise men played Wii after Christ’s birth as well. I’m not sure anything but the Wii could’ve entertained everyone for as long as it did. Good times, good times. 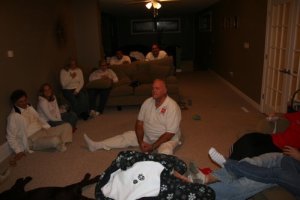 My dad and brother-in-law, Frank/Batman. 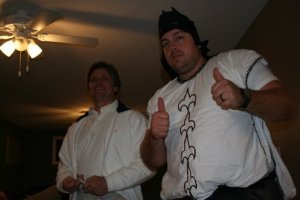 My mom, mom-in-law, father-in-law and love of my life-hubby. 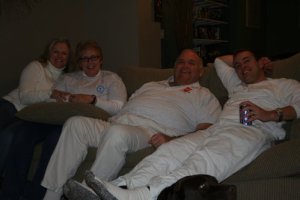 Lindsey and hotflawedmama. Sometimes the hugeness of my head surprises even me.

Dailah helping my sister get her hat on. 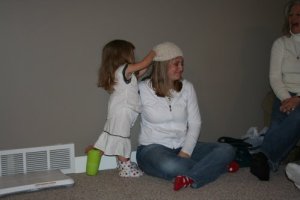 And the family in our attire. It was past bedtimes so there was a squirrley factor we couldn’t get past but not bad for our inaugural Ganna family pic!

At the end of the night I snuggled Tariku and was saying “thank you for being you and bringing all of this cool stuff into our home, etc.” He said, “This was all for me?” I said, “All for you babe.” He had the biggest smile, giggled and then turned over to sleep. He is just the sweetest guy in the world.